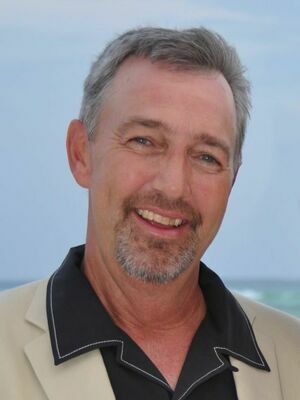 He was born in Wagner, SD on August 26, 1951, to James and Olna (Stolen) Boyd. In 1965 his family relocated to Longmont, CO which is where Bruce was a 1969 graduate of Longmont High School. Following graduation, he went on to become the founder and owner of Boyd Cattle Company in the early 1970s and worked in the cattle industry until his retirement in 2010. During his career in the cattle industry, he was also the president of Summit Genetics and was involved in their operations from 1991 until 1997.

Being a highly curious cattleman, Bruce learned embryo transferring on his own and developed that education into a career for many years helping ranchers and dairy farmers build their herds with premium calves. He learned the scientific art of embryo splitting then sent cattle embryos to other states and countries. Bruce had a great appreciation for both old trucks and new trucks alike, but every now and then he would get a hankering for a German made car. He was an accomplished welder who constructed many things throughout the years including a goose neck trailer that he built from scratch. Bruce enjoyed watching Nascar, and briefly had a poster of Jimmy Johnson and the #48 car on his wall. He also loved baseball, horse racing, collecting coins, and enjoyed raising African violets and cichlid fish. Bruce will always be remembered for his colorful storytelling, and if you were lucky enough to be in his presence during one of his stories you know how he always possessed the ability to make one belly laugh.

He was preceded in death by his parents James and Olna Boyd.

The memorial service will be in Longmont, CO at a future date to be announced.

Arrangements are under the direction of Parker-Millard Funeral Service & Crematory, 12 East Ash Street, Columbia, MO 65203 (573) 449-4153. Condolences may be left online for the family at www.parkermillard.com