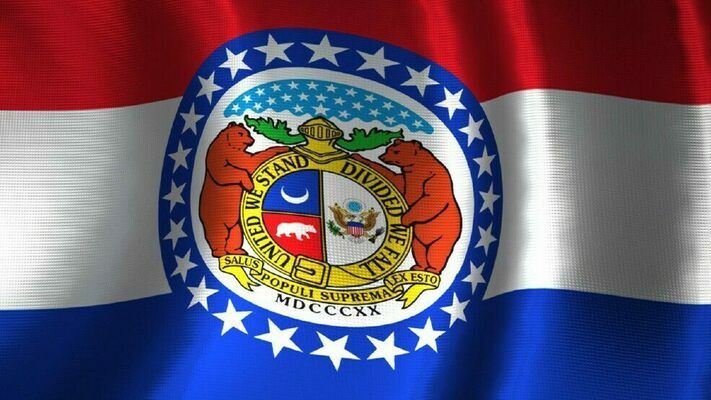 (JEFFERSON CITY, MO) – Today, Vivek Malek was inaugurated as the 48th Missouri State Treasurer in the Missouri House Chamber, where he pledged a fiscally conservative approach to protecting tax dollars, providing opportunities for growth, and promoting success for all Missourians.

Malek, 45, of Wildwood in St. Louis County, is the first person of Indian descent and the first person of color to hold statewide office in Missouri. He has been a successful immigration law attorney, helping others achieve the American Dream of legal citizenship. He was appointed on December 20 by Governor Mike Parson to succeed Scott Fitzpatrick, who was elected Missouri State Auditor.

“America is a place of unlimited possibilities, where you can achieve anything if you work hard and get an education – this is the American Dream. As your State Treasurer, I will stand up for Missourians to ensure you are able to realize your God-given potential,” Malek said in the Missouri House Chamber, after being sworn into office by U.S. District Judge Stephen N. Limbaugh, Jr., a family friend from Malek’s adopted hometown of Cape Girardeau.

Malek outlined his priorities as State Treasurer: “As a strong fiscal conservative, my approach centers on what I call the Three P’s: First: PROTECT Taxpayers’ Money – to ensure our investments earn the best rate of return for Missourians. Second: PROVIDE the Opportunity for Growth – with programs including MOST, MoScholars, MoAble, and MoBucks. And, Third: PROMOTE the Promise of America.”

Malek recounted how he traveled 14 hours on his first airplane trip from India to the United States in 2001, with two suitcases and $300 in his pocket, to pursue his MBA at Southeast Missouri State University in Cape Girardeau. “Like so many generations before me, St. Louis, on the mighty Mississippi River, was my jumping-off point,” he said.

“As I built a law practice over 15 years, I helped others to become American citizens, pledging loyalty and faith in the United States. I know what it is to create and run a small business. To make a payroll, to save for rewards down the road, to take care of employees and clients, and to work for something bigger than ones’ self. I owe so much to America and Missouri – I wanted to give back,” Malek said.

Malek praised the State Treasurer’s professional staff for their dedication to serving taxpayers. “They come to work every day with a mission – to do the best job for the people of our state. The staff has been wonderful, and welcoming. I am honored to join you on a terrific team,” he said.

Malek was appointed in 2020 by Gov. Parson to serve on the Board of Governors at SEMO, where he earned his Masters of Business Administration. Malek also holds a Bachelor of Arts and Juris Doctorate from Mahrishi Dayanand University in Rohtak, India. Additionally, he earned a Master of Laws from the University of Illinois College of Law.

Malek has been a licensed attorney in Missouri since 2006. He established the Law Offices of Vivek Malek in St. Louis in 2011. He has worked extensively on legal immigration and immigration consulting for business, assisting clients across Missouri’s Bosnian, Hispanic, Asian, and African American communities.

Malek was honored in 2010 with the St. Louis Business Journal Minority Leader Award. Also in 2010, he was recognized with the Missouri Lawyers Media Up and Coming Lawyers Award. Business Today magazine recognized him in 2007 as one of its Top 30 Under 30. Malek has received recognition from the Missouri House and Senate for his services and contributions to Missouri communities.

He has been married for more than 18 years to Riju Malek, and they have three children: Daughter Naija, 12; son Viraj, 10; and daughter Myra, 5. Malek spoke of the importance of family: “I am thinking today of my father and mother, who have passed on. I feel them, in my heart, and I know they are watching from Heaven.”