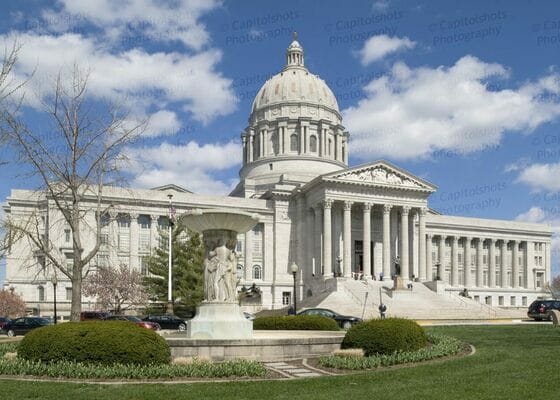 One of the major aspects of Missouri's recent primary was the number of races for which there actually was no contest.

In more than half of the 180 state legislative districts on the ballot, one of the two major parties did not have a candidate.

That meant that in those 100-single-party district primaries, the primary winner almost certainly will be the November general election winner.

More disturbing is that in those 100 single-party district primaries there was no contest in 64 of those districts because the only major-party on the ballot had just one candidate.

I was not surprised by these figures.

Over the decades it has become clear that various political factors have made state legislative districts less competitive.

One reason is that both parties in the redistricting process seek to protect their incumbents or party control of the districts.

This obvious "gerrymandering" actually represents a court-accepted concept in redistricting for districts to represent communities of interest.

The Democratic effort to retain a district favorable to a Black Congress member in the Kansas City area is an example.

So too are the arguments by rural, agricultural legislators to not have their districts lumped into non-agricultural metro areas.

There is, however, another factor for the decline in legislative primary contests.

The ideological divide between the two major political parties has grown so significant that a community of interest could be defined by issues that increasingly are dividing the two parties such as social services funding, firearm rights, abortion restrictions, government funding for private schools and so many other issues that divide the two parties.

These factors undoubtedly discourage a potential candidate in a district for which the candidate's party has little chance of winning.

This near ideological purity between the two parties in Missouri's legislature would be unimaginable to the lawmakers I covered half a century ago.

Even more unimaginable would be Senate legislative candidates getting funds from outside interests to increase the influence of the conservative faction of Republican senators within the GOP Senate Caucus.

As a footnote, I have not counted third party candidates in the figures of unopposed primaries because I cannot remember, if ever that a third-party candidate won a legislative district.

But maybe the growing ideological divide of the two parties might provide an opportunity for candidates from non-traditional parties.

That obviously is a factor in former Republican U.S. Senator John Danforth's endorsement of an independent candidate, John Wood, for Missouri's U.S. Senate seat in the 2022 November election.

Further, third-party candidates could inspire more meaningful general election debates and discussions in districts where one of the two major parties do not have a candidate.

The refusal of major U.S. Senate candidates to participate in primary debates was a powerful example of how dysfunctional Missouri's primary system has become.

Their refusals obstructed what could have been a meaningful discussion of major and important issues for both primaries.

It reminded me of a defining episode in our country's history from the 1858 Lincoln-Douglas U.S. Senate campaign debates which helped illuminate for Illinois voters the issues of slavery that divided Democrat Stephen Douglas and the new Republican Party's Abraham Lincoln.

There is a profound similarity between those debates and what now is before our country.

Missouri primary voters, however, were denied the kind of opportunity for a meaningful U.S. Senate candidate debate about abortion that neighboring Illinois voters received from those seven Lincoln-Douglas slavery debates 164 years ago.

Maybe a similar series of debates about abortion will arise in Missouri's general election this year.

[Phill Brooks has been a Missouri statehouse reporter since 1970, making him dean of the statehouse press corps. He is the statehouse correspondent for KMOX Radio, director of MDN and an emeritus faculty member of the Missouri School of Journalism. He has covered every governor since the late Warren Hearnes.]