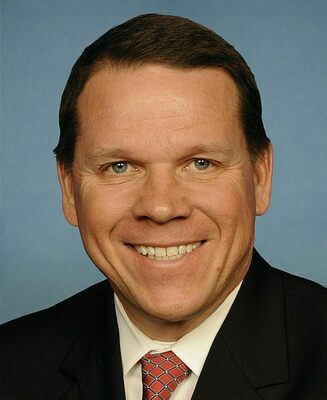 Washington, D.C. – On Monday, Congressman Sam Graves (R-MO), Ranking Member of the House Transportation and Infrastructure Committee, and U.S. Senator Shelley Moore Capito (R-WV), Ranking Member of the Senate Environment and Public Works (EPW) Committee, led 45 additional senators and 154 other House members on an amici curiae brief filed in support of the petitioners in the pending case Sackett v. Environmental Protection Agency before the U.S. Supreme Court. The Sackett case is directly related to how much authority the federal government has over states and private citizens to regulate “waters of the United States” under the Clean Water Act (CWA).

The members agree that, “Like the members of Congress that enacted the CWA, [we] support policies that protect the environment while also ensuring that States retain their traditional role as the primary regulators of land and water resources, and that farmers, manufacturers, small business owners, and property owners like the Petitioners in this case can develop and use their land free of over-burdensome, job-killing federal regulations. These entities need certainty about the scope of ‘waters of the United States’ under the Clean Water Act, and the Court’s endorsement of the Scalia test would provide that long-needed certainty.”

“Congress made clear its intent in legislative text, structure, and history to establish a limited federal regulatory presence in cooperation with the States. In the CWA, Congress selected language that, from practically the Founding, was understood both to exercise limited jurisdiction and to preserve the States’ traditional role as the principal regulators of local waters and lands. But this intent has now been turned on its head. Through the ‘significant nexus’ test, the EPA and Corps can instead use any ecological connection between land and nearby water as a pretext for intrusive central planning. This case presents an opportunity for the Court to finally put the genie back in the bottle and endorse the functionally equivalent test proposed by Justice Scalia. Only then will Congress’s dual purposes of cooperative federalism and environmental protection in the CWA be fully vindicated,” the brief states.