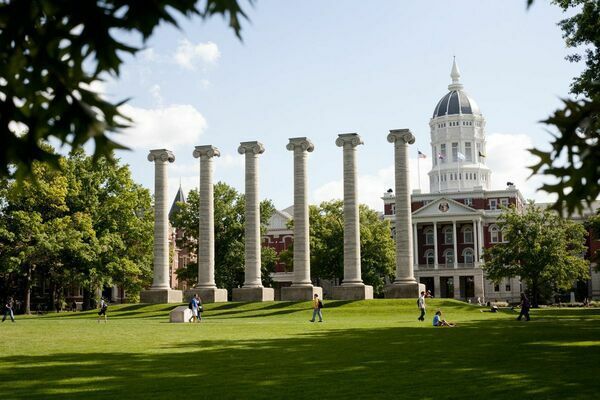 JEFFERSON CITY — Parking meters are a nuisance to drivers, as well as an outdated, costly system for local governments to maintain, according to Rep. Josh Hurlbert.

Hurlbert, R-Smithville, wants to make street parking free throughout Missouri. He sponsors HB 2209, which would prohibit the state and any city or locality that receives public money from requiring drivers to pay for parking on public streets.

House Republicans on the Downsizing State Government Committee widely supported the bill Wednesday, but it received pushback from Democrats and urban lobbyists. One Democrat called it a “half-baked” idea.

Parking meters are under local control, and the collected fees go toward various local funds, depending on the city. The bill would have no effect on state revenue, but it’s unclear if free street parking would drain local revenue.

The bill would still allow local governments to enforce parking time limits or issue parking tickets for other violations. It also doesn’t apply to public parking lots or garages.

Democrats on the committee asked Hurlbert if he had an estimate of what free parking would cost local governments, and he had no answer.

Rep. Michael Person, D-Ferguson, said that if the revenue from parking meters is lost, cities will make it up through other taxes. Without any data, the bill is just an idea.

“You got to have those numbers, and based upon that, your bill is really kind of half-baked now until you get the numbers,” Person said. “Until you figure out what you’re actually doing, you’re pushing a bill based upon some assumptions.”

In Columbia, the income from parking meters covers maintenance, whereas parking fines go into the city’s general fund. It’s unclear how removing the parking meter fees would impact the parking enforcement budget.

Shannon Cooper, a lobbyist representing Kansas City who spoke in opposition to the bill, said that parking enforcement does more than write tickets. It also keeps cars from blocking traffic and ensures snow plow routes are clear.

Rep. Bill Owen, R-Springfield, particularly wants to see meters removed in Jefferson City so constituents can visit the capital without having to pay for parking.

“It seems difficult for me to understand why we are forcing our constituents to come to Jefferson City to access their state government and have them pay parking to come here,” he said.

While Cooper testified against the bill, he said he loves compromises. He suggested Jefferson City be the pilot program for free street parking, implying that Missouri’s lawmakers should have to navigate the challenges that may arise. The idea was met with laughter from the committee.