House passes bill that would allow weapons on buses, in churches 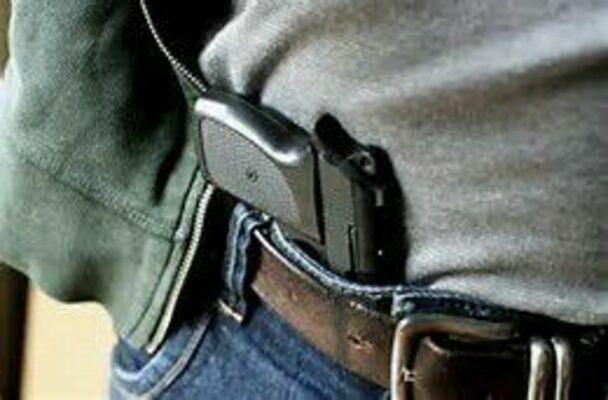 JEFFERSON CITY — Missourians may soon be able to carry guns in churches and on public transportation.

On Wednesday, the House of Representatives passed House Bill 1462, which would allow people to carry firearms and other weapons on buses or in houses of worship with a concealed carry permit, unless prohibited by a sign.

The bill, sponsored by Rep. Adam Schnelting, R-St. Charles, would also lower the age requirement for a concealed carry permit from 19 to 18.

Rep. Richard Brown, D-Kansas City, said many of his constituents don't want guns on buses. As a former teacher, he said he wouldn't want many 18-year-olds to have guns.

"I would be scared kids would go to get a (concealed carry weapon) just because they can," he said.

Rep. Ben Baker, R-Neosho, put forth an amendment that would apply the bill to churches as well. He said that currently, there must be explicit permission to carry a gun into houses of worship.

"What this will do is make (churches) like any other private business," Baker said.

"I wish we would get away from the mentality that more guns makes us safer," Merideth said.

After the House passed the bill Wednesday, it will move onto the Senate.