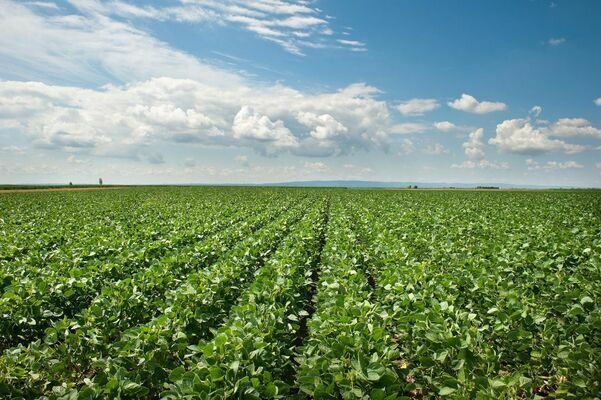 “A top priority for many businesses, local officials, and farmers in our state is the critical need to strengthen our infrastructure network, from roads and waterways to bridges and airports,” said Blunt. “That’s why I’m pleased this legislation makes investments that will not only help modernize our infrastructure in the immediate future, but also create a stronger foundation for businesses in our state to compete and succeed for generations to come. I’m glad this legislation makes significant investments in Missouri’s world class ag research institutions as they work to develop new tools to help Missouri farmers lead the way in a global economy.”

Following are the Missouri priorities included in the legislation:

Policy Research Centers: The legislation provides $8 million for policy research cooperative agreements. This investment will assist with the analysis of national and international projections of agricultural markets and the rural economy.

Water and Electric Infrastructure: The measure includes nearly $1.45 billion for rural water and waste program loans, $490 million for water and waste grants, and over $1.3 billion in grants and loans for rural business and industry programs that promote small business growth in rural areas.

Infrastructure Improvements: $26.3 million for infrastructure improvements, including the Fort Leonard Wood Waynesville-St. Robert Regional Airport, the Chester Bridge over Mississippi River in Perry County, and the I-70 / US 63 Interchange in Boone County.

U.S. Army Corps of Engineers: The legislation provides more than $8 billion for the Army Corps of Engineers, which is $300 million above the FY21 enacted level. The funding will support vital flood control and navigation projects across Missouri and the nation. The legislation also provides the Corps to work with state and federal agencies and stakeholders to identify authorities and opportunities for the development of a more comprehensive, system-wide plan for flood control in the Lower Missouri River Basin.

$300,000 for a Lower Missouri River Flood Risk and Resiliency Study for Brunswick L-246.

$100,000 for a Lower Missouri River Flood Risk and Resiliency Study for Holt County.

Navigation and Ecosystem Sustainability Program (NESP): The bill provides $45.1 million for the NESP, which authorizes the modernization of seven locks and dams on the Upper Mississippi River.

Missouri River Bank Stabilization and Navigation Program: The legislation provides $4.57 billion, including $4 billion from the Infrastructure Investment and Jobs Act, for operation and maintenance work activities, including critical structure maintenance for navigation.

Delta Regional Authority (DRA): The bill provides $30 million for the DRA with a focus on infrastructure development in rural areas. The DRA provides infrastructure, health care, and economic development assistance to 29 counties in Missouri.

Small Ports: The legislation includes $45 million for the dredging of small ports, including those in Missouri located on the Mississippi River.

National Park Service (NPS): The measure provides nearly $2.76 billion for the operation of the National Park System. In addition, the bill includes more than $84 million in dedicated funding for new responsibilities at existing parks and newly authorized park units in the NPS, such as the Gateway Arch and the Big Muddy National Fish and Wildlife Refuge.

Ste. Genevieve: This legislation includes language directing the NPS to provide a report detailing the planned repair, rehabilitation, and restoration work at the Ste. Genevieve National Historical Park over the coming years.

U.S. Fish and Wildlife Service (FWS): The legislation provides more than $1.5 billion for the FWS. The bill includes funding for important programs including $48.5 million for the North American Wetlands Conservation Act, $72.6 million for combatting invasive species like Asian Carp, and a $7 million increase for the Recovery Challenge Grant Program.