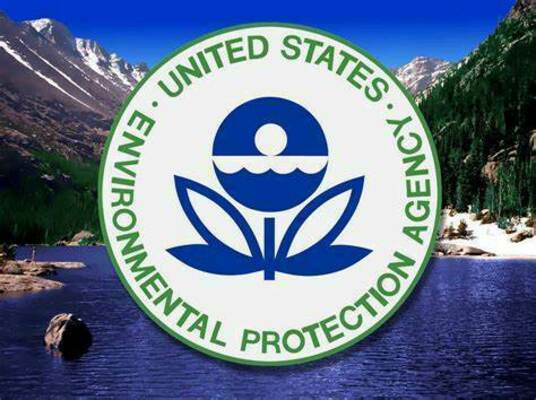 WASHINGTON (Jan. 11, 2022) - Today, the U.S. Environmental Protection Agency (EPA) is taking several actions to protect communities and hold facilities accountable for controlling and cleaning up the contamination created by decades of coal ash disposal. Coal combustion residuals (CCR or coal ash), a byproduct of burning coal in coal-fired power plants, contains contaminants like mercury, cadmium, and arsenic that without proper management can pollute waterways, groundwater, drinking water, and the air.

Today’s actions advance the agency’s commitment to protecting groundwater from coal ash contamination and include (1) proposing decisions on requests for extensions to the current deadline for initiating closure of unlined CCR surface impoundments; (2) putting several facilities on notice regarding their obligations to comply with CCR regulations and (3) laying out plans for future regulatory actions to ensure coal ash impoundments meet strong environmental and safety standards. EPA is committed to working with states to ensure robust protections for communities.

“I’ve seen firsthand how coal ash contamination can hurt people and communities. Coal ash surface impoundments and landfills must operate and close in a manner that protects public health and the environment,” said EPA Administrator Michael S. Regan. “For too long, communities already disproportionately impacted by high levels of pollution have been burdened by improper coal ash disposal. Today’s actions will help us protect communities and hold facilities accountable. We look forward to working with our state partners to reverse damage that has already occurred. EPA will support communities with stakeholder engagement, technical assistance, compliance assistance, and enforcement.”

“New York State applauds the Biden administration and U.S. EPA Administrator Michael Regan for acting to protect communities nationwide from the dangers posed by coal ash disposal. The efforts announced today will help safeguard our communities and natural resources, and send a clear message—regulators are rigorously monitoring coal ash facilities and ready to hold violators accountable,” said New York State Department of Environmental Conservation (DEC) Commissioner Basil Seggos. “DEC is committed to partnering with EPA to protect our communities from the reckless practices of our country’s lingering coal legacy and today’s announcement is a critical milestone in these efforts.”

“As the transition from coal advances, it is also critical that we responsibly manage the legacy wastes that have been left from our historical reliance on coal,” said Liesl Clark, Director of the Michigan Department of Environment, Great Lakes, and Energy (EGLE). “Michigan is advancing efforts to reach our state’s goal of a carbon-neutral economy by 2050. We support EPA’s ongoing efforts to provide clarity around the coal combustion residuals rules and to ensure that our world-class freshwater resources and the drinking water they provide are not impacted by these legacy wastes.”

EPA’s regulations required most of the approximately 500 unlined coal ash surface impoundments nationwide to stop receiving waste and begin closure by April 2021. The regulations outlined a process for facilities to apply for two types of extensions to the closure deadline.

EPA received and reviewed 57 applications from CCR facilities requesting deadline extensions and determined 52 were complete, four were incomplete, and one is ineligible for an extension. Of the 52 complete applications received, EPA conducted technical analyses and is proposing determinations on four applications today, with more determinations planned in the coming months.

In addition, the proposed determinations re-state EPA’s consistently held position that surface impoundments or landfills cannot be closed with coal ash in contact with groundwater. Limiting the contact between coal ash and groundwater after closure is critical to minimizing releases of contaminants into the environment and will help ensure communities near these facilities have access to safe water for drinking and recreation.

EPA is also taking action to notify facilities of their compliance obligations for several facilities where the agency has information concerning the possible presence of issues that could impact health and the environment. Concerns outlined in separate letters include improper groundwater monitoring, insufficient cleanup information, and the regulation of inactive surface impoundments. EPA is also ensuring facilities comply with the current CCR regulations by working with state partners to investigate compliance concerns at coal ash facilities across the country.

EPA will work in collaboration with states on facility compliance to protect public health and the environment. The agency will focus on compliance at facilities that intend to close surface impoundments with coal ash in contact with groundwater, and facilities with surface impoundments that warrant further groundwater investigation, including facilities that have used an alternate source demonstration, which is when a facility identifies another possible source of contamination. Closure with coal ash in contact with groundwater puts the health and safety of nearby communities at risk.

Moving forward, EPA will improve the current rules by finalizing a federal permitting program for the disposal of coal ash and establishing regulations for legacy coal ash surface impoundments. EPA will also continue its review of state-level CCR program applications to ensure they are as protective as federal regulations.

Produced primarily from the burning of coal in coal-fired power plants, coal combustion residuals can contain harmful levels of contaminants and are one of the largest types of industrial waste generated in the United States. In April 2015, EPA promulgated a comprehensive set of requirements for the management of coal ash in landfills and impoundments. These regulations address the risks from coal ash disposal.

EPA is requesting public comment for 30 days on the proposed determinations through Regulations.gov. For a list of the individual determinations and how to comment, please visit: https://www.epa.gov/coalash/coal-combustion-residuals-ccr-part-implementation.