Finalists Announced for the Missouri National Guard Hall of Fame 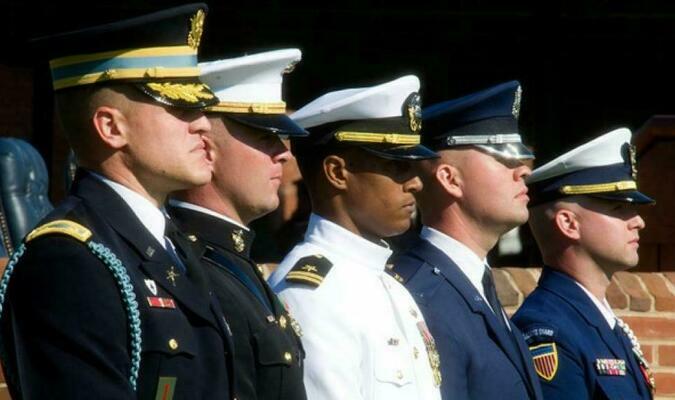 JEFFERSON CITY, MO - The new Missouri National Guard Hall of Fame (MONGHOF) was formed by a group of Missouri Veterans in 2020. The new Hall of Fame will be physically located in Kirksville, MO.

MONGHOF Chairman John J. Sastry, Esq., CFP® announces a list of 10 Finalists for the Hall of Fame inaugural class. From this list of Finalists, a group of Inductees will be selected and announced during the Induction Ceremony on October 1, 2021 at the Rieger Armory in Kirksville, MO at 11:00 am. Per Sastry, “This diverse group of Missourians represents the best of us. They are distinguished American warriors, patriots and role models for future generations. In times of turmoil, we should look to the example they set.”

Lt. Col. Archie Miller (Medal of Honor recipient). Miller was living in St. Louis, Missouri when he enlisted in the 6th Missouri Infantry (Missouri National Guard), serving with the regiment in Cuba. He later joined the U.S. Army and was awarded the Medal of Honor for bravery while serving with the 6th U.S. Cavalry during the Moro Rebellion (Philippine-American War) in 1909. Miller died in 1921 and is buried in Arlington National Cemetery.

Capt. Alexander Skinker (Medal of Honor recipient). Skinker was a 1905 graduate of Washington University in St. Louis and enlisted in Battery A, St. Louis Light Artillery of the Missouri National Guard. He was serving in France with Company I, 138th Infantry Regiment—a federalized Missouri National Guard company under the 35th Division—when he was killed in action on September 26, 1918, at Cheppy, France. On the date of his death, he led an attack on enemy machine-gun positions, seizing ammunition and feeding an automatic rifle until he was killed. His conspicuous gallantry earned him the Medal of Honor. The veteran is interred in Bellefontaine Cemetery in St. Louis.

Lt. Col. Dolores Carl. Carl was commissioned as a registered nurse with the Missouri National Guard in 1967. She was assigned to the 135th Army Hospital during the racial unrest in Kansas City in April 1968. At the time, she was the only woman serving in the Missouri National Guard and was in charge of the nursing section of the hospital with medical corpsmen and specialists working under her guidance. Carl achieved the rank of lieutenant colonel before retiring in 1981. She passed away in 2017 when 77 years of age and is interred in Floral Hills Cemetery in Kansas City.

CSM Eldon Coy. Eldon Coy served in the Missouri National Guard from November 21, 1955 to September 30, 1998. During his long military career, he held positions of increasing responsibility as a non-commissioned officer, culminating with his assignment as the Brigade Command Sergeant Major for the 135th Field Artillery Brigade. He was a valued mentor to many soldiers over the years, and his untiring efforts to always place soldiers first made him the epitome of "selfless service". Coy was also active in the Shrine Club and was the recipient of the Legion of Merit and the Soldiers Medal for Heroism. Coy passed away in 2011 and is buried in Park View Memorial Gardens in Kirksville.

Col. Elmer R. Parrish. Parrish was a U.S. Army Air Forces veteran of World War II. He later became a member of the Missouri Air National Guard and was commander of the 131st Tactical Fighter Group. Sadly, he was killed when the F-100C he was piloting crashed on May 7, 1966, during a close air support mission for a Marine Reserve unit on maneuvers at Ft. Leonard Wood. At the time of his death, Parrish was employed full-time by the Internal Revenue Service in addition to being married with two daughters. He was laid to rest in Jefferson Barracks National Cemetery.

Col. Mark Randazzo. Between his junior and senior year of high school in 1980, Randazzo enlisted in the 1035th Maintenance Company of the Missouri National Guard. He later graduated with his degree in aviation technology from Warrensburg and completed OCS in the fall of 1989. Having invested 10 years as an enlisted soldier and mechanic with the 1035th, the next several years were a progression of assignments for the officer that included service as detachment commander, maintenance control officer and, following the company’s move to Jefferson Barracks, appointment as company commander on August 24, 1995. Randazzo would go on to serve as executive officer for the 835th Corps Support Battalion, with whom he deployed to Iraq from December 2003 to January 2005. In his full-time capacity, Randazzo’s career advanced with assignments that included a tour with National Guard Bureau in Arlington, Virginia, assignment as the Surface Maintenance Manager and eventually as the Director of Logistics for the Missouri Army National Guard. The revered 48-year-old officer passed away unexpectedly in 2011, leaving behind his wife and two young sons. At the time of his passing, he had compiled an impressive resume with more than 31 years of military service and was posthumously promoted to colonel. He was laid to rest in Jefferson Barracks National Cemetery. He was the recipient of a host of prestigious medals including the Legion of Merit and Bronze Star.

Lt. Robert Darwin Elwell. Elwell, of Warrensburg, Missouri, was wounded while serving as a sergeant with a U.S. Army infantry unit in Korea in 1951. The Purple Heart recipient later joined the Missouri National Guard and received a commission as a first lieutenant. On August 6, 1963, while completing annual training at Camp Ripley, Minnesota with the 635th Aviation Company, Lt. Elwell was a passenger in a L-19 single-engine reconnaissance that crashed and burned, killing both Elwell and the pilot. The remains of the 30-year-old officer were interred in Warrensburg Memorial Gardens Cemetery.

CW04 Sherman Neblett. Neblett first served the air component of the Missouri National Guard in early 1930’s but later transferred to the Army National Guard. He was a full-time employee with the state maintenance section of the Missouri National Guard at Ft. Leonard Wood from about 1948 to 1951, at which time it moved to Jefferson City. Neblett went on to become post engineer at Camp Clark at Nevada, Missouri and is credited as the designer of the water and sewage treatments systems at the camp. A building on Camp Clark is named for him. The Guardsman passed away in 1992 and is buried in Riverview Cemetery in Jefferson City.

First Sergeant Stephen Arnold. Arnold completed an impressive career in the Missouri National Guard spanning 41 years and 9 months of consecutive service. He joined Oct 9, 1967 and retired Aug 10, 2009. He was a First Sergeant in four different companies for a total of 19 years and 8 months. He served under 21 different company commanders during his time as a first sergeant. He was unable to make sergeant major because of his full-time job with the Guard. He earned 11 different MOSs in Armor, Engineer, Medical, Ordnance, Quartermaster and Logistics. He was on several different marksmanship teams and was captain of an air rifle team that placed second in the nation. Arnold was on 11 State Emergency Duties and at Hurricanes Katrina and Gustav. He did tours in Alaska, Germany and Guatemala. In 1975, he was awarded the Missouri Conspicuous Service Award for battling a large fire at Camp Clark in a large storage building and equipment storage area by removing a large amount of equipment, thus preventing it from being lost in the fire. Arnold worked full-time for the National Guard at Camp Clark in the Maintenance shop for 35 years, retiring as the Shop (Chief) Supervisor.

CW04 Wilburn Rowden. A 1941 graduate of Vienna High School (Missouri), Rowden was drafted into the U.S. Army Air Forces in 1943. He served as a radio operator aboard a B-17 bomber and was shot down near Hanover, Germany on his sixth and final mission on March 6, 1944. Although he safely evacuated the aircraft, he was captured by the German military and spent 13 months in prison camps until his liberation by the 104th Division on April 26, 1945. Rowden was discharged from the service in November 1945 and, several months later, joined the Missouri National Guard. He retired in 1983 at the rank of chief warrant officer four, having dedicated more than 38 years of his life to state and country. Rowden lives in Holt Summit, Missouri and recently celebrated his 98th birthday.