Missouri bill to rename section of Highway 63 after Macon's Hugh Dunn, heads to Governor for signature 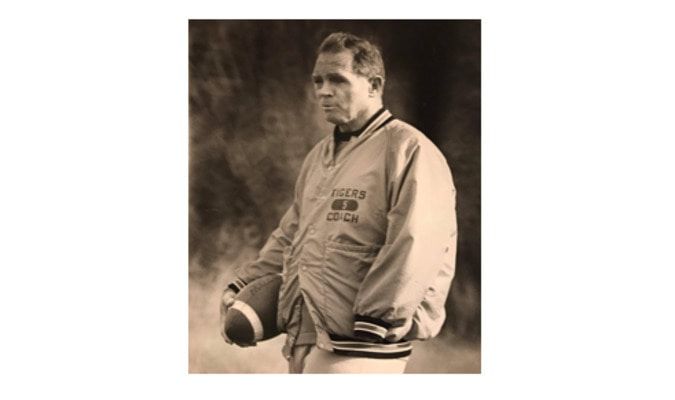 MACON, MO -- A Missouri Senate Bill (SB258) is headed to the desk of Missouri Governor, Mike Parson, for approval after passing both the State House of Representatives and State Senate. A section within the bill will rename the portion of Highway 63 in-front of the Macon R-1 Public School in Macon, Missouri after US Army Sergeant Hugh C. Dunn. We spoke with the bill sponsor State Representative Chuck Basye (R) who represents the 47th State House District which encompass portions of Boone, Randolph, Howard, and Cooper counties. "Within Senate Bill 258 we are able to include several memorial highway proposals like the one in Macon for Hugh Dunn. I think it is very important for us to recognize and remember our veterans and those who serve and protect our nation. This is one of many ways (partnering with Warriors Watch) to remember their service, sacrifices, and patriotism," stated Representative Basye who is a veteran himself. Rep. Basye stated that recognizing veterans like Hugh Dunn, to him, is one of the most important and rewarding opportunities and duties of an elected official and shouldn't be forgotten in the every day business of Jefferson City.

Known to many by Coach Dunn, Hugh C. Dunn served in World War ll where he was deployed to Europe. Dunn suffered several injuries due to mortar fire in Germany. Upon returning back home, Dunn earned the Silver Star and Purple Heart medals. After receiving a Bachelors and Masters, Hugh Dunn began his teaching and coaching career in 1950 in Macon, Missouri. Spanning until 1991, Coach Dunn had a record with the Macon Tigers of 234-148-15 where his coaching career led to his induction into the Missouri Sports Hall of Fame and Coaches Hall of Fame. In December of 2020, Hugh Dunn passed away at the age of 98 in Macon. His obituary can be found here: https://www.greeningeaganhayes.com/obituary/hugh-dunn

The proposed memorial highway waiting for Gubernatorial approval, will span from Spruce Street to McKay Street on Highway 63 in Macon. Representative Chuck Basye told the Home Press that if approved, he is expecting an official unveiling ceremony to take place in the Fall of 2021. This proposal had two witnesses when proposed: Bill Noyes and Jan Watts.

Bill Noyes stated: "I support this bill. Hugh Dunn was a pillar of our community and through his life of service as a veteran, plus his over 40 years as a teacher and coach for Macon Country R-1 School District, mentored numerous young people. This honor would be a fitting tribute to a man who definitely left a positive impact on our community and on the lives of so many people. Thank you."

Jan Watts: "I am in support of a true American Hero, although he did not see himself as one. Hugh C. Dunn lost his left hand during combat in Germany. That became the second of two injuries during the war. A shrapnel injury sidelined him shortly before he returned to duty, and he then lost his hand just above the wrist when a mortar landed in his foxhole. When the war started, he enrolled in service with the U S Army. Having lost his left eye in a childhood accident, he was stationed as a guard at Leavenworth, Kan. Tired

of watching over the other troops, he asked to be transferred to the infantry.Hugh Dunn joined the 235th Infantry Regiment and deployed to Germany, which ultimately left to the life-changing injuries. He was awarded a Silver Star Medal and received a Purple Heart with Cluster for his time in the service.Hugh Dunn didn’t let the injury deter him, returning to college in 1945 as a 25-year-old and playing quarterback in the Vikings’ Wing-T offense. His senior year, he received the Williamson Trophy, presented to the most valuable small college player.Despite having only one hand and one eye, he led Missouri Valley to 41 wins in a row and two bowl victories. His play at the school led to a 1972 induction into the NAIA Football Hall of Fame.The Macon School named the football field after him. Hugh attended every football game he could. Struggling to Stand during each National Anthem, due to another accident which he lost his foot. He was a humble man, never bragged about all his accomplishments, just thankful he was able to be a part of so much. He was very respected and loved by his family, community and football and all sports teams. That is why I support the naming of the section requested that runs by the elementary and high schools in Macon, Mo."