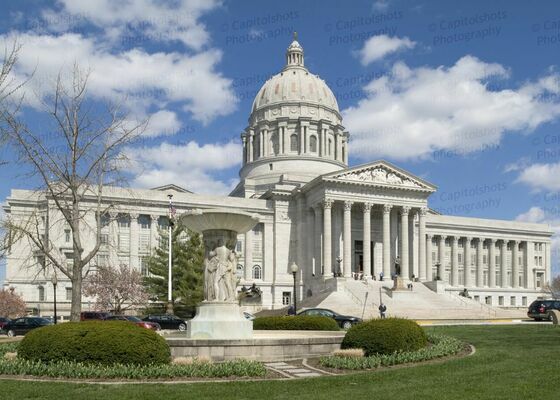 One of the fascinating issues for the 2021 legislative session has been the idea of a tax increase.

You would think such an idea would be dead on arrival in a Republican-controlled legislature.

But the issue is far more complicated.

Essentially, it's a proposal to impose a sales tax on your online purchases from merchants with no physical presence in Missouri, and thus -- with some exceptions -- not subject to state or local sales taxes.

Since 1967 and confirmed in 1992, the U.S. Supreme Court held that a state cannot impose a tax on sales from a merchant located in another state.

Ironically, the first case involved an effort by Illinois to collect sales taxes from a small mail-order business in Missouri.

For several years, to get around that restriction, a multi-state compact was developed by which a merchant would be taxed on sales to another state. The merchant's state then would remit those taxes to the state where the purchase was sent, but only if the receiving state was part of the compact.

But it was a complicated system requiring a degree of conformity in taxing among the compact states.

Ultimately, less than half of the nation's states joined the "Streamlined Sales Tax" compact. Missouri never did, despite numerous bills to join the compact.

Also not joining the compact was Illinois, the state whose efforts to tax a Missouri business for sales to Illinois residents led to the 1967 U.S. Supreme Court decision.

However, in 2018, the U.S. Supreme Court substantially changed the game with a narrow, 5-4 decision that overturned that 1967 decision.

In South Dakota v. Wayfair, the court held the state could impose a sales tax on a merchant from another state if that merchant has a significant level of sales in the state -- more than 200 transactions or $200,000 or more in sales in a year.

It also opened the door to impose state sales taxes on what are termed "market place facilitators" which handle sales by a variety of small businesses to other states -- if the quantity or amount of sales to a state by the facilitator meets the Wayfair decision requirements.

Although many states quickly took advantage of the Wayfair decision to increase state revenues, implementation stalled in the Republican-controlled Missouri legislature. Missouri now is the only state without a law to fully tax out-of-state online sales.

But COVID-19 has made the issue more pressing for Missouri legislators.

Lawmakers of both parties argued that with consumers reluctant to shop at brick-and mortar stores because of the disease, more Missourians are learning there's a sales-tax cost advantage to shopping online.

This year, at a news conference after his inauguration, Republican Gov. Mike Parson voiced support for the idea with an indirect reference to COVID-19.

"We did have a lot of people staying at home and how much of a disadvantage it was to local Missouri businesses. And we've got to be able to find solutions to that."

The financial gain for state government from taxing these online sales is enormous.

But a major controversy has been what to do with that extra state tax money.

Parson has proposed putting a lot of the money into a cash reserve fund that he could allocate during times of emergencies or budget stress.

Some Republican legislators have proposed using the extra money for state income tax cuts for Missourians that could exceed the gains from the Wayfair tax.

Another issue has been how to include in the Wayfair tax process the variety of different local sales tax rates that require local voter approval.