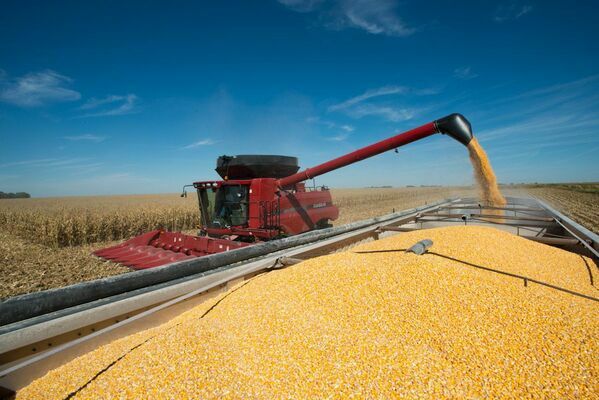 JEFFERSON CITY, Mo. – Over 200 Missouri farmers from every corner of the state traveled to Jefferson City today to rally in support of bills before the General Assembly aiming to strengthen private property protections against clear abuses of eminent domain. A Senate committee hearing was held on the proposed legislation – House Bill 527 and Senate Bill 508 – Wednesday afternoon in the Senate Commerce, Consumer Protection, Energy and the Environment Committee.

“Today’s rally showed that Missourians are passionate about protecting their property rights,” Garrett Hawkins, President of Missouri Farm Bureau, said. “Our rights are not for sale, and for-profit corporations that don’t serve the public good have no right to use government power to take our land from us. The concerned landowners who rallied at the Capitol today deserve to be heard. We hope the Senate quickly passes this legislation to protect our rights.”

“Private property rights are at the core of who we are as farmers and ranchers. It is the corner post of a free society,” Patty Wood, President of Missouri Cattlemen’s Association, said. “We want to produce nutritious food for consumers without worrying about big government green lighting a company confiscating our land for private gain.”

“Missouri farm families today used their voice to stand up for Missouri agriculture which is the main driver of our economy as our state’s number one industry,” Missouri Lt. Governor Mike Kehoe said. “I am proud to be a farmer and stand alongside them to call upon the legislature to pass this commonsense legislation to strengthen our constitutional private property protections.”