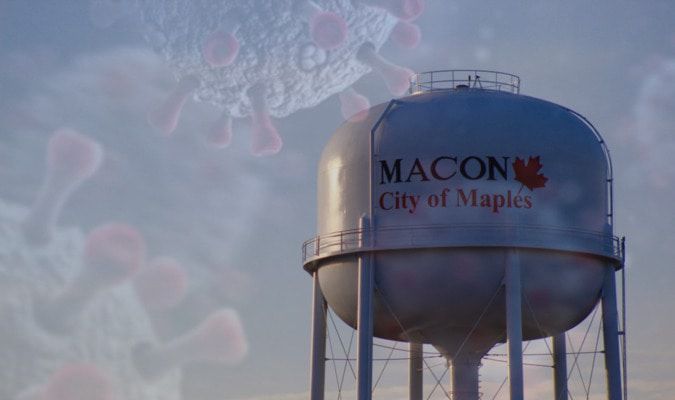 MACON, MO -- The State of Missouri's Coronavirus Dashboard is reporting that Macon County has the highest seven day positivity rate in the state with Shelby County having the second highest rate. Within the last week, of those who have tested (170), roughly 32.9% in Macon County have tested positive along with 27.3% testing positive in Shelby County. The state is also reporting that Macon County has seen a slight drop in total number of tests compared to the week prior. Macon County also has the third highest rate of cases per 100K within the last week (370 per 100K). The Macon County Health Department released a statement to the public with what the recent data is showing: "According to the health risk advisory data, we are #1 highest county in the state for positivity rate and #3 highest in the state for case rates. Let’s work together as a community to reduce the rate of transmission of COVID-19 by masking when out in public, maintain distance in crowded areas and washing your hands frequently."

Overall, most states and the nation as a whole are experiencing a decrease of cases. The Washington Post reported that within the last week, cases fell by 16.6% from around the nation. Deaths rose by 7.4% and hospitalizations fell by roughly 13%. Within the state of Missouri, cases fell by 6% compared to last week along with deaths and hospitalizations also decreasing within the Show-Me-State. To view The Washington Post, click on the following link: https://www.washingtonpost.com/graphics/2020/national/coronavirus-us-cases-deaths/

As of this report (January 27th, 2021), the Macon County Health Department has reported a total of 79 active cases, 7 hospitalizations, 19 deaths, 1,304 released from isolation, and 1,402 total cases of the virus since March. Looking at the past four months, Macon County has seen approximately 1,169 cases added since October (comprising 83% of the total number of cases since the initial outbreak in March). November had the highest increase in cases with approximately 529 cases reported. There was a significant decrease in December with 224 cases added and so far in the month of January, 296 cases have been reported. Vaccination efforts continue throughout the nation including here locally with medical personnel and long-term care facilities receiving the first and second dose of the vaccine.