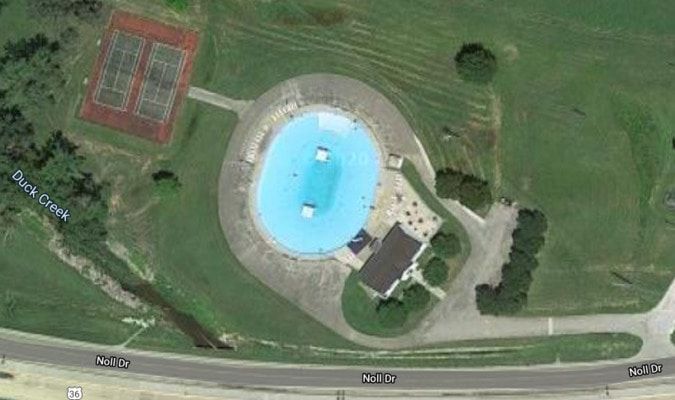 "Based on our field and laboratory results, the existing fill does not appear to be adequate for foundation, pool, or floor slab support. The native soils below the existing fill materials are generally very soft to medium stiff and very loose to loose and will likely present an inadequate bearing surface," stated the report's Executive Summary.

A total of six borings were extended to approximately 20-30 feet below the ground surface. According to the report, groundwater levels were as shallow as four feet below ground surface. Constructing deeper pool floors, dewatering would most likely be required. Additionally, near surface soils showed high level of moisture "indicating they may be easily disturbed by construction activities. During periods of dry weather, these soils may be stable upon initial exposure; however, in their present conditions these soils will likely become unstable under construction traffic. We recommend the owner budget for over excavation and/or sub-grade stabilization. Also, contractors should be prepared to handle potentially wet, soft conditions," stated the report.

The engineering firm offered several options for structure support of a pool:

2. Utilizing ground improvement consisting of vibro-stone columns or aggregate piers to improving the site soils by stiffening both the existing fill and the native soils

3. Supporting the structures on helical piers

4. Deep foundations such as drilled shafts or auger-cast piles could also be considered but are expected to be cost prohibitive.

The report also stated that in the instance of constructing a new pool, it is recommended that all previous structures and utilities be completely removed/abandoned from the site to allow an overhaul/excavation of the soil in preparation of structural fill and compacting.

To view the engineering report in its entirety, click on the link: https://s3.amazonaws.com/lewiscountypress-pictures-production/mchp/production/ckeditor/attachment_files/20/1203_noll_drive_site_terracon_soil_sample_report_original.pdf