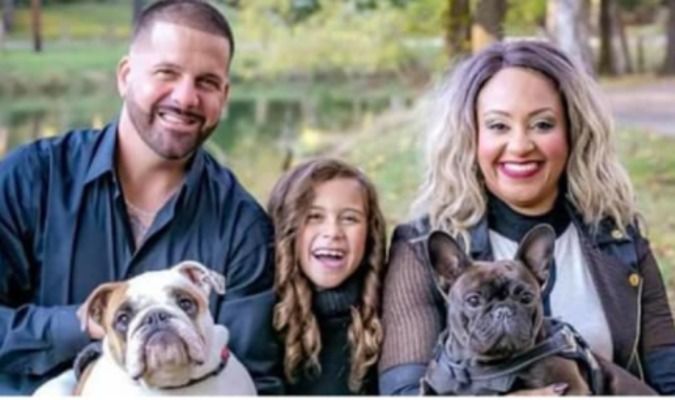 MACON, MO -- Nine year old Destiny Riekeberg, daughter of Lacretia and Dustin Riekeberg, passed away on September 17th after battling a rare liver cancer for eight months. Throughout her fight, Dustin (father of Destiny), rallied support via Facebook from people across the nation. Earlier this year, citizens in Macon close to the Riekeberg family gathered at Rubey Street Park to stand in solidarity with Destiny and her fight with cancer.

The Luminary Ceremony will be held Sunday, September 27th at Long Branch State Park. Event hosts, Tara Durham, Diana Hicks, and Angela Price Reed stated on a Facebook event group, "We would like everyone to meet at the dam at 7:30 to get your luminary lanterns donated by Compton/Castle Fireworks! We set all luminary lanterns off at 8pm. Please respond if you plan to go so if we need to purchase more lanterns we can get them in time! Let our community rally behind this family, although she my be P.I.H she will never be forgotten!!"

The Facebook event group is titled, "Lighting up the sky in Macon County for Destiny Riekeberg!!"

"Destiny Arianna Kay Riekeberg gained her angel wings peacefully and gracefully at 7:07pm on September 17, 2020 in the arms of her Father, after an 8 month battle with a rare liver cancer.

Destiny, also known as “Desto” to many, was born on January 22, 2011 in Nashville, TN. Destiny was 9 years old, a 4th grader at Pelham Ridge Elementary School and the daughter of Lacretia Riekeberg and Dustin Riekeberg.

To know her is to love her. With great sass, beauty, wit, talent, and intelligence, Destiny was absolutely one of kind and marched to the beat of her own drum. She left her mark and a little sparkle where ever she went. There will never be any other like her.

Before her battle with cancer, Destiny was a thriving, healthy athletic little girl. She excelled in her favorite activities competition dance, cheerleading, softball, and beauty pageants to name a few. We as parents never had to push our child to be the best. It was a part of her DNA. She gave 100% in any and everything she set out to do, including battling cancer. We couldn’t be more proud of her.

Cancer tried to steal everything from Destiny, but it couldn’t steal the true essence of who Destiny was. She overcame every obstacle that was put before her early on in her cancer journey, and doctors said she was a miracle. But we couldn’t prepare ourselves for the ultimate beauty of Destiny’s cancer journey. She battled this journey with such beauty and grace and with such incredible Faith in Jesus Christ which helped her to fight. As her journey spread far and wide across the nation and the world, peoples’ lives were ultimately changed. This was the ultimate compliment that we as her parents could have ever asked for. She was our princess warrior and very strong throughout her fight and now is our beautiful guardian angel in heaven. Destiny’s spirit will live on in the thousands of lives that she’s touched. And her parents with continue to carry on her Legacy.

Headline picture of Destiny (middle) along with her parents Dustin and Lacretia Riekeberg.