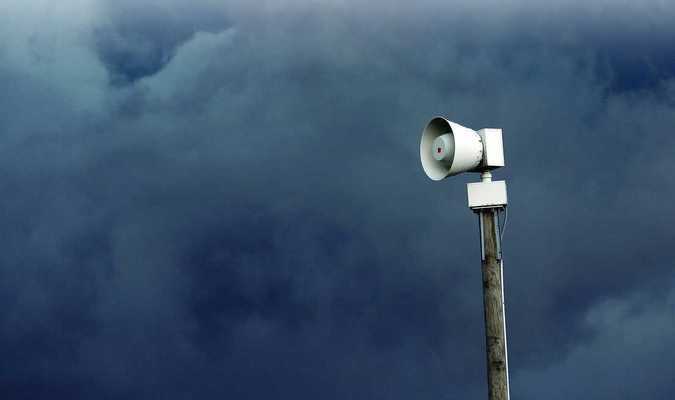 MACON, MO -- In the early morning hours on September 3rd, residents in Macon woke-up to the sound of storm sirens after the system was tripped accidentally. The Home Press reached out to the City of Macon about the accident along with a few questions about the emergency siren system and how the city goes about sounding the alarm to warn local citizens of a tornado or other approaching danger. The emergency siren system was initially created to warn cities throughout the world of Air Raids during WW2. Since then, they have been used to warn of a Nuclear Attack and in a more contemporary context, they are commonly used to warn communities of severe weather.

Some of the questions that the paper submitted to the city were: "What is the process like during a severe storm in regards to the city knowing when to sound the alarm? Who has access to turn activate the alarm, etc.?"

In regards to the process of activating the sirens during a severe storm, Avis Marshall, City Administrator, stated that for the most part, the Macon Fire Department oversees the sirens throughout town. Ahead of a possible severe storm, local emergency officials are being briefed and in communication with weather and state personnel. In the end, the decision to turn the sirens on to warn local citizens in taking shelter is directional for local officials. Avis Marshall also provided the paper with the following statement:

"The City of Macon owns and operates an outdoor warning siren system that consists of six sirens. The Macon Fire Department manages the system and performs monthly siren testing on the first Wednesday of every month at 11:00 am. To ensure safety, the system is setup with redundancy on who has the ability to activate the system and includes the Macon Fire Department, Macon Police Department, and Macon County 911. In 2020 the City of Macon updated one storm siren and there are plans to update another in the near future to comply with FCC narrow band requirements. In the event we need to get the public’s attention for an emergency the siren will sound a long continuous tone as a warning. The most common siren warning is for impending weather but additional examples include hazardous material concerns or needed City evacuations. The system is meant to be a heard when you are outside as a warning to take shelter, although many citizens can hear the sirens while they are indoors as well. When the warning siren is heard, it is recommended that citizens head for shelter and seek out emergency information using Facebook, television and/or radio so you can take needed precautions to stay safe. Also remember, the monthly tests are a great time for families to perform tornado drills, check batteries in weather radios, discuss shelter plans and evacuation routes as well us update emergency contact lists. In the early hours on Thursday, August 3rd the outdoor warning siren system was accidentally tripped. We sincerely apologize for making this error but are grateful to use this as an opportunity to educate Macon citizens on the warning system. Thank you to everyone for understanding!"

The Macon Police Department also released a public apology: "Macon Residents, we truly apologize for the storm siren being accidentally set off in the early hours this morning. We are sorry for any inconvenience or confusion it may have caused," stated Chief Adam Dawdy.

Shoulder and Culvert Work Planned for Routes in...