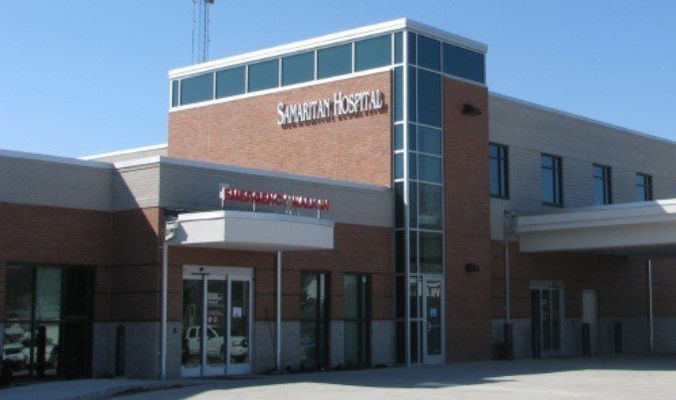 MACON, MO -- Tomorrow (August 4th) voters across Missouri will head to the ballot box for the August Primary. Among candidate races on the ballot, voters will be presented with the proposal of Amendment 2 which entails Medicaid Expansion in the state of Missouri. The Home Press spoke with Bern Orman who is the CEO of the Macon Samaritan Hospital. According to the Missouri Hospital Association, since 2014, 15 hospitals have closed throughout the state of Missouri. Rural Hospitals like Pinnacle Regional Hospital in Boonville which closed in 2020, have faced continued financial constraints that lead to their closure. According to Mr. Orman, if Amendment 2 is passed by voters on August 4th, it would bring some financial relief to many hospitals especially those in the rural areas. "With more medical bills being paid and more people being covered, Medicaid Expansion would reduce our hospital's bad debt which would in the end, save us money," stated Orman. (Bad debt are medical bills that aren't paid after medical services are given resulting in the hospital taking a financial loss). Besides hospitals finding more possible funding, according to Healthcare for Missouri, "the traditional medicaid financing: state only dollars for these services currently being 66% federal dollars would be replaced by 90% federal dollars under Medicaid Expansion freeing up funds for other priorities such as K-12 Education, transportation, law enforcement, etc."

Medicaid Expansion could also bring less expenditures when it comes to medical care. "If you have someone who can't afford medical care, we often see these patients walk through our doors when they have experienced a serious injury that they have ignored for a while because they couldn't afford preventive care. If Amendment 2 is passed, more people will be able get preventable care (seeing your family physician regularly) and in the end, we will have a more healthier population while spending less medical care dollars in the long run," stated Orman. In total 37 states have adopted Medicaid Expansion including most all border states of Missouri (Oklahoma, Arkansas, Illinois, Kentucky, Iowa, and Nebraska). Also according to Healthcare for Missouri, states like Montana, Kentucky, Nebraska, and Virginia have seen anywhere from 500 million to 1 billion dollars in savings within their budget after Medicaid Expansion. If passed, the expansion looks to incorporate more working individuals and families that can neither afford marketplace insurance or qualify for insurance through their employer. According to the Kaiser Family Foundation, an estimated 200,000 people would become eligible for Medicaid who are earning up to 138% FPL (federal poverty level; $28,676 per year).

At the end of the interview with Bern Orman, he stated, "by passing Amendment 2, hard working families that can't afford insurance or qualify for insurance through their employer, will now be covered."

Regarding Amendment 2, Shelby County's top health official, Audrey Gough, stated to the paper, "for those who are working low wage jobs and can’t afford health insurance it (Medicaid Expansion) will enhance their health outcomes overall along with their families such as wellness exams, dental care, etc. this overall affects the economy of our communities by having healthier children in schools equals better educational outcomes, a healthier work force and less people on unemployment."

Critics of Amendment 2 have stated that if passed, Medicaid Expansion brings financial insecurity to the state that could result in cuts to education, law enforcement, and other areas within the state budget. We received an email from State Senator Cindy O'Laughlin that stated, "Reasons to vote NO From the Missouri Federation of Republican Women:

Current Medicaid enrollees who truly need it will not receive the care they need. Expansion will cost our state up to an additional $349,000,000 every year. This will cause either a tax increase or cuts to programs like education, public safety and transportation. Medicaid financial fraud is already on the rise in Missouri. Expansion will only increase this fraud exponentially. Nationally, approximately 800,000 people received coverage for which they were ineligible in states that had expanded. Expansion WILL NOT save rural hospitals. If expanded, Missouri’s hospital Medicaid shortfall is projected to INCREASE by more than $150,000,000, which is equivalent to 2,700 jobs. Medicaid expansion forces an Obamacare entitlement onto Missouri taxpayers. Placing able bodied, working adults on Medicaid welfare is not a solution we need or can afford. Vote NO."

Missouri State Treasurer Scott Fitzpatrick and Lt. Governor Mike Kehoe have spoken against Medicaid Expansion by stating it may result in higher taxes for Missourians. "Medicaid Expansion is unsupportable and unsustainable," stated Missouri Lt. Governor, Mike Kehoe. Local State Representative, Tim Remole stated in a Facebook post, "I will be very much to the point on Medicaid expansion. VOTE NO. It will hurt our state in many ways! Amendment 2 is a Constitutional amendment and we do not want that! It is really a bad thing for our state! Trust me I know what I’m talking about. VOTE NO on Amendment 2."

The official ballot language of Amendment 2 is:

"Do you want to amend the Missouri Constitution to:

- adopt Medicaid Expansion for persons 19 to 64 years old with an income level at or below 133% of the federal poverty level, as set forth in the Affordable Care Act;

- prohibit placing greater or additional burdens on eligibility or enrollment standards, methodologies or practices on persons covered under Medicaid Expansion than on any other population eligible for Medicaid; and

State government entities are estimated to have one-time costs of approximately $6.4 million and an unknown annual net fiscal impact by 2026 ranging from increased costs of at least $200 million to savings of $1 billion. Local governments expect costs to decrease by an unknown amount."

"A “yes” vote will amend the Missouri Constitution to adopt Medicaid Expansion for persons 19 to 64 years old with an income level at or below 133% of the federal poverty level, as set forth in the Affordable Care Act. Currently, Medicaid eligibility is set forth in state statute, but this amendment adds Medicaid Expansion to our constitution. This amendment prohibits placing greater or additional burdens on eligibility or enrollment standards, methodologies or practices on persons covered under Medicaid Expansion than on any other population eligible for Medicaid. The amendment requires state agencies to take all actions necessary to maximize federal financial participation in funding medical assistance under Medicaid Expansion. Federal law requires states to fund a portion of the program in order to receive federal funding (state match). This amendment does not provide new state funding or specify existing funding sources for the required state match.

A “no” vote will not amend the Missouri Constitution to adopt Medicaid Expansion.

If passed, this measure has no direct impact on taxes."