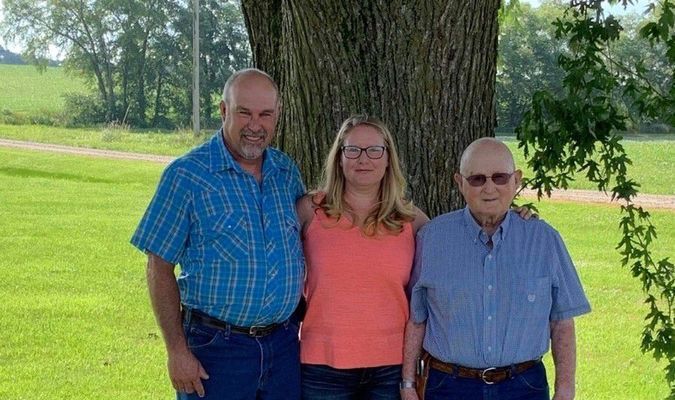 Statement provided to the paper from Bradley Wilt regarding the paper's questions:

"My name is Brad Wilt, and I am running for the Office of Shelby County Sheriff on the Republican ballot. I reside with my wife, Nicole Wilt just north of the Shelbyville Lake on the family farm of George and the late Helen Wilt, where my wife and I own a small crop spraying business, Wilt’s Spraying Service.

I decided I wanted to do more to serve my community and its people, so I furthered my career by graduating from the University of Missouri Law Enforcement Training Institution in 2007, with a Class A Peace Officer License. Since then I have worked as an Officer for the Monroe City and Shelbina Police Departments, served as Reserve Deputy for the Monroe County Sheriff’s Department, as well as for the City of Shelbyville as Night Watchman. I am currently a Reserve Police Office for Clarence Police Department as well as a Reserve Deputy for the Shelby County Sheriff’s Department, where I have been since 2007. As a Reserve Deputy about 75% of my service to the community has been on a volunteer basis without pay.

As a farmer for 30 years, I interact with the community often and hear people’s concerns and suggestions they would like to see in our Counties Sheriff’s Department. Such as being seen, getting out on our gravel roads, servicing ALL of our counties town (not just in an election year), having better communication with our fellow Police Departments and Conservation Department, and mostly – being approachable and engaging our community. This is why my goals as a Sheriff would be to open the communication and trust within our community. Provide a level of law enforcement that is responsive to the needs of our County. Let our tax payers see us, show our support and respect and show we care, as well as making our people feel safe. I want to bridge the gap in communication not only within our department, but with Shelbina Police, Clarence Police, Highway Patrol, and Conservation Departments. We need to show our support and back each other for the better of the community. I would also like to update our technology to improve the communication with our department and with 911, as well as the safety of the deputies.

I was asked why I would be a good candidate for Sheriff. Honestly, it’s because I care so much for my community and its people. As a farmer you interact with many different groups of people, you work long days and nights, deal with the unpredictability of year to year prices and weather, and do yearly budgeting. Because of this I feel I would be a great candidate for Sheriff. I won’t have a set 9-5, I plan to be out with the community and the Deputies both days and nights. I don’t think you can properly serve the people otherwise. Because of the current conditions and uncertainty of the Corona Virus, I do not feel it is in the best interest or safety of the public to be going door to door campaigning. However, if you would like to contact me or have any questions, please feel free to call me on my personal phone at 660-342-1118. I would appreciate your vote for Sheriff in the August 4th election."

Headline picture of Brad Wilt (left) alongside his family.