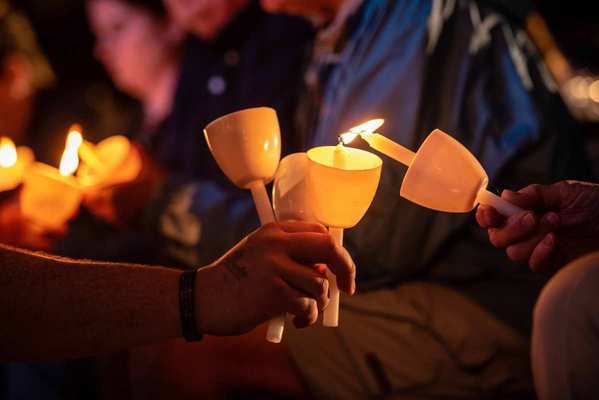 MACON, MO -- A community candlelight vigil is scheduled tomorrow (Sunday, July 12th) at 8 p.m. in Macon's Ruby Street Park to reflect on the recent nationwide protests in memory/solidarity with Breonna Taylor, Elijah McClain, and Private First Class Vanessa Guillen. When asked about putting this vigil together, Brayden Morgan explained, "We thought it was important to get the community together to stand in solidarity with victims and survivors of police brutality - documented or otherwise - in particular Breonna Taylor and Elijah McClain, whose killers have yet to be brought to justice. It’s also important to stand with our Black brothers and sisters - who are routinely profiled and targeted from all angles - not as a social trend but on an around-the-clock basis. The vigil is also to stand in solidarity with survivors and victims of harassment, violence, abuse, and rape within our Armed Forces - notably Private First-Class Vanessa Guillén, whose not so recent death and disappearance is finally being investigated with the seriousness it warranted from the very beginning."

Additionally, organizers stated that the vigil will also be a place of reflection on the toll that the novel coronavirus has placed upon not only local families and the Macon Community, but families and communities throughout the globe. Within the last week, Macon County has seen a considerable increase of confirmed cases of COVID-19. With that in mind, Morgan added on by saying, "We hope that everyone who attends will follow the advice of our medical and healthcare professionals, as well as all safe social distancing guidelines and procedures put in-place to ensure community spread is limited to its best possible extent. We’ve put the word out that everyone who attends should wear a protective face mask - for themselves and those around them!"

In parting, Morgan provided the paper with the following statement, "We’d just like to invite everyone to come out and join us. It’s going to be pretty informal - a calm night of personal reflection, peaceful protest and demonstration, and a time to make a point of standing with those who no longer have a voice to do so for themselves. We’re thankful for the positive response from members of the community and to those who have donated funds/supplies for the vigil. It’s important that we as a rural, agricultural community can lead by example and help to elevate each other. It’s important to stand-up for those wronged in the Black community and those who fall victim to unnecessary violence, and to hold those who wrong others accountable. We hope to see you all there (safely!) and that you will stand with us in promoting a better present and future for all!"

The event can be found by searching "Community Candlelight Vigil" on Facebook.

Macon Community to hold luminary ceremony in me...