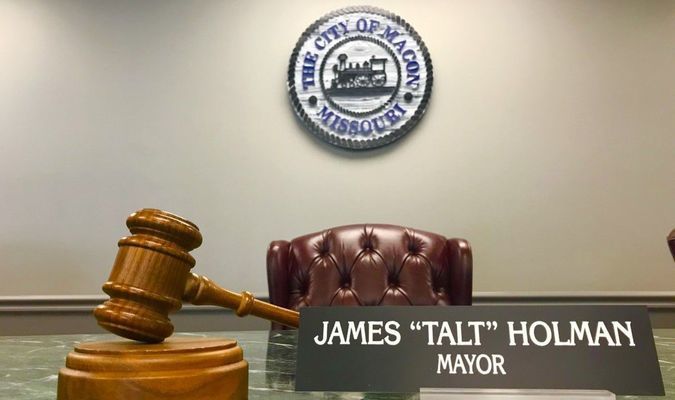 MACON, MO -- In March 2020, the City of Macon was contacted by the Missouri State Auditor’s office regarding a complaint received through their Whistleblower Hotline. The complaint was of concern that the City has awarded many projects to J.T. Holman Construction since James “Talt” Holman has been elected mayor.

The City complied with all requests for information including, but not limited to:

· All invoices, change orders and cancelled checks for City of Macon/Board of Public Works construction projects in 2019 in which JT Holman Construction, LLC is a contractor, and

Each year the Public Corruption and Fraud Division "receive hundreds of tips from citizens, public employees or government officials." The division will conduct an initial review of the complaint to see if the allegations are credible. Upon thoroughly reviewing the requested documentation, the Missouri State Auditor’s office sent a letter to the City of Macon providing an update of their review; the letter was signed by Mary Johnson, Chief of Investigations of the Missouri State Auditor's Office. The Home Press received a copy of the letter on Monday, June 8th, 2020. Stated within the letter, the State Auditor's office determined that “no further investigation into the complaint is warranted under Section 29.221, RSMo.” With the receipt of this letter, the investigation into the whistleblower complaint against the City of Macon is now closed.

To ensure that there is no conflict of interest, the City must follow all Federal, State, and Municipal laws and policies. Per Missouri Statute 105.454 this includes awarding bids after public notice, following a competitive bidding process, and awarding bids to public officials only when they are the lowest bidder. “We have a duty to our citizens to safeguard the public funds entrusted to us and are pleased that the investigation of the Missouri State Auditor’s office confirms our compliance in this area,” stated City Administrator Avis Marshall.

We reached out to Mayor Holman for a comment and received the following, “As a contractor in Macon I appreciate when I am awarded work in my community. For transparency purposes, the Missouri Ethics Commission requires me (as mayor of Macon) to file an annual financial disclosure that includes work completed for the City I serve. It is extremely important to maintain oversight in government and I would like to thank the State Auditor’s office for their work. With the closing of the inquiry, we are happy that the State Auditor’s office could put the citizen’s minds at ease by determining that the whistleblower complaint is not credible.”

*In February of 2020, The Macon Home Press originally reported on the state reviewing a whistleblower complaint concerning the City of Macon. To view that original report, click on the following link: https://www.maconhomepress.com/articles/2803/view

Letter to the Editor regarding the Clarence Bas...