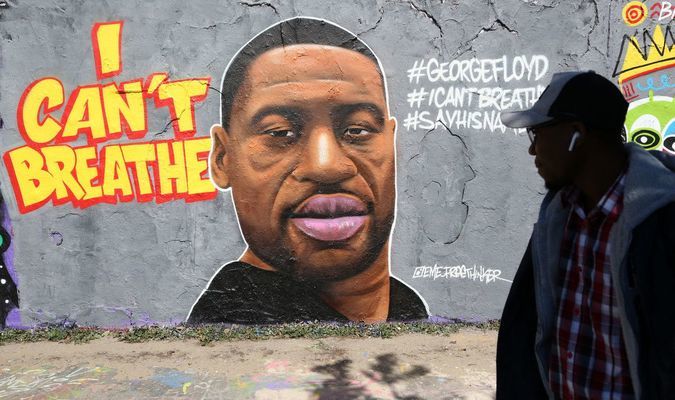 MACON, MO -- A group of local citizens have established a scholarship for graduating seniors throughout Macon County in memory of George Floyd, a 46 year old black man, who was killed in Minneapolis, Minnesota. Floyd died on May 26th after a white police officer pinned him against the ground, placing his knee on Floyd's neck. A video of the horrific incident went viral across the nation. Throughout the video Mr. Floyd can be heard multiple times telling the officer, "I can't breathe." Four officers involved were terminated from the department with former officer Derek Chauvin, facing murder charges. Mr. Floyd's death comes weeks after a video surfaced of a black man in Georgia, Ahmaud Arbery, being gunned down in February by a father and son who believed he was involved in a crime. Mr. Arbery was out for a jog and died on scene after being shot several times. The two men involved are being charged with murder. Both stories have drawn nationwide attention with protests happening from Los Angeles, Atlanta, Minneapolis and even one in Columbia, Missouri.

"There is no justification for what you see in the video. I've thought about George Floyd since I saw that video and it hurt my heart. He is someone's son. I have a son and the reality of that is I don't have to have the same conversations with my son Lane that black mothers do simply because the color of their skin. I want people to say his name, to remember him and I want the conversation to be had in our community," stated Rhonda Anno who establish the Macon County George Floyd Scholarship. On Thursday May 28th, several local citizens such as Felton Enyard, Andre Williams, Melodie Tolle, Taylor Humphreys, Rhonda and Cody Anno all met to discuss the scholarship and their plan moving forward. Both Enyard and Williams shared personal stories about facing racism throughout the Macon area and the conversation that needs to be held in regards to discrimination and racism that faces the black community along with the reality that tragic stories like Mr. Floyd's, happen everyday across the United States and warrant the same attention and call to action. The scholarship will have no GPA requirement, but those who apply must submit at least a 2500 word essay that focuses around several topics such as social justice, equality, human rights, and community change. Essay topics can be about anyone who has faced oppression, prejudice, discrimination, or racism throughout the local area. This would include communities such as the Disability Community, LGBT Community, different religions, race, class, gender, ethnicity, and nationality.

Any graduating senior throughout Macon County can apply for the scholarship. The application process will begin for the 2021 Seniors. "I think the essay will be a good way to do that. I think the younger generation will be the best ones to affect change and hopefully their essays will shed some light on how to do it and keep the conversation going," stated Anno. Throughout the discussion, it was brought up that local schools should do more in regards to hosting open discussions and bringing in speakers that focus around the topics mentioned above. So far the scholarship fund has raised over $500 dollars with Anno pledging an additional $500 from both her personal self and her title company. Depending on how much support the scholarship receives, the scholarship panel who will be reading the submitted essays plan to award at least one scholarship each year with the possibility of awarding several.

"When George died, his voice was silenced. I still want him to be heard and this was the only way I could help. I want Macon County to be an advocate for Mr. Floyd and others that have similar tragic stories. We all can post our opinions on social media, but there comes a time where action must happen. That is the only way our words begin to have meaning and value," stated Rhonda Anno.

Friends of George Floyd described him as a gentle giant.

Those interested in making a donation, can donate to @maconcogeorgefloyd on Venmo or reach out to Rhonda Anno who can be found on Facebook. You can also email donations to Macon County George Floyd at LandCo Title 303 N Missouri St. suite D, Macon, Mo 63553

Key Factors In Your Budget That Will Affect You...

Shoulder and Culvert Work Planned for Routes in...