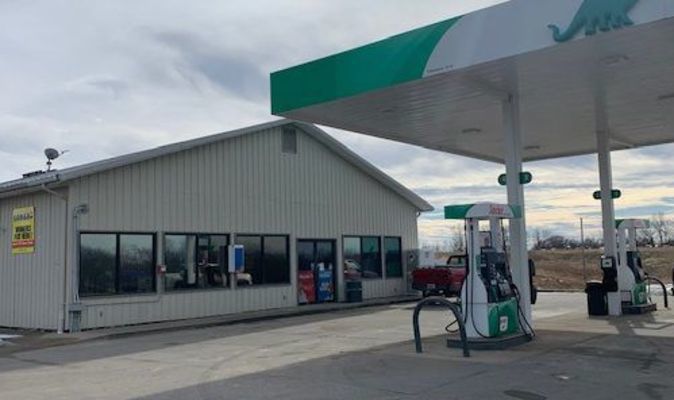 MACON, MO -- Bringing close to a dozen new jobs to the area along with an anticipated opening date of May 20th (ahead of Memorial Day), the Prenger Family (owners of Prenger Foods) recently announced to the Macon Community that they will be opening an Extreme Mart where the old Mini-Mart that was located west of Macon toward Long Branch Lake. "The Macon Mini-Mart going up for sale a few months back caught my attention as a potential space to put in an Extreme Mart in Macon and I mentioned it to Kevin, but no real thought was put into the idea until we noticed it was coming up for auction with Scotty's Auction Service. We weren't really looking for a space to put in an Extreme Mart before we noticed this building for sale - it was just something that came to mind when the availability was made apparent," stated Amanda Prenger Halley when asked about wanting to open an Extreme Mart in Macon. The Prengers also have an Extreme Mart in Centralia, Missouri that has been in operation for roughly 10 years.

According to the Prengers, the opportunity just presented itself; both the chance to open an Extreme Mart in Macon and the location, which puts the business on highway 36 near the entrance of one of the biggest state parks in Northern Missouri, Long Branch State Park. "'Id say that we didn't choose the location - the location chose us. We weren't out looking for a location to put in an Extreme Mart in Macon, the opportunity just presented itself. I do think it will be a great location for what we have to offer, though. Between the seasonal activities out at Long Branch State Park, the highway frontage, and the residential areas nearby, we hope to stay busy and have something to offer everyone who stops in," stated Amanda Prenger Halley.

Besides offering the normal merchandise that a typical convenience store offers, Halley elaborated more on what the new business will bring to the area, "Anyone who has been in this location in the last 10 years will notice changes from the start. We are currently putting in a lot of sweat equity to give the store a bit of a face-lift and rearrange the set-up. We'll of course have all the standard convenience store staples - soda (bottled and fountain), beer, liquor, lottery, cigarettes, coffee bar, snacks, candy, and just some general merchandise essentials. In addition to the normal, we're happy to keep the bait and tackle section and plan to even expand on it a bit. We'll also be adding a little bit of frozen food and will expand on the small camping necessities - food and non-food - in hopes to draw in the boating & camping crowd. It won't be in for our first day open, but a beer cave will soon be added to the building to offer a wider variety of beer and to be sure it's ice cold for those hot days on the lake!" Prenger Extreme Mart in Macon will also be keeping the gas services that the previous business held (ethanol free fuel too).

Customers shopping at Prenger Foods can receive gas rewards/coupons that can be redeemed at the Sinclair gas station to the west of the grocery store in Macon. When asked if customers will be able to redeem the gas coupons at the Extreme Mart, Amanda Prenger stated, "Eventually, yes! Unfortunately, it won't be available for our first day open, but we are working diligently to hopefully get it going as soon as possible! That is one of our top priorities with adding this location in Macon - to be able to earn your gas rewards at Prenger Foods and be able to redeem them at any Prenger Foods or Prenger's Extreme Mart location."

In closing, Amanda Prenger Halley "We're very excited and feel very blessed to have the opportunity to serve Macon in another capacity. We appreciate all of the support that the Macon community has given our family and our family of employees over the years. We are proud to be 'Macon-ites' and hope everyone will stop in and say hi! We'll see you on "The Hill!"