Maddex provides update on the construction of South Shelby Elementary 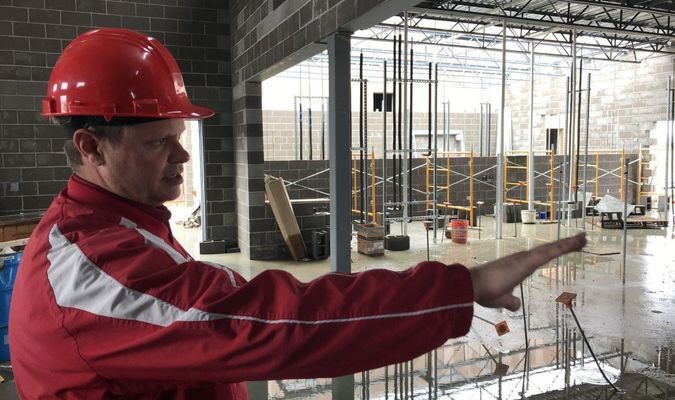 SHELBINA, MO -- On Wednesday March 18th, Superintendent of Shelby County R-lV Schools, Tim Maddex, provided the Macon Home Press with an update on the ongoing construction of the South Shelby Elementary building. The building is expected to be completed by the end of Summer 2020 with teachers moving in as soon as their classrooms are completed and students walking the halls when school resumes from Summer Break on August 24th. "We continue to make progress on a daily basis. At this moment, we have no obstacles and once the classrooms are completed with technology installed, teachers will be able to move into their respective classrooms," stated Maddex. In April of 2018, district voters approved of the proposed consolidation of both the Clarence and Shelbina elementary buildings into one district elementary that would join the middle school and high school west of Shelbina along Highway 36. The voter approved proposal was $7.5 million dollars in which Superintendent Maddex stated this past Wednesday, "the district is still at budget." One of the biggest changes made throughout the process was a few changes to the sewer systems. "The new elementary will use the current lagoon system. There is a grant opportunity in the future for a new sewer with the possibility of federal dollars being released in the coming years," stated Superintendent Maddex. The new elementary is comprised of 18 classrooms including title resources and special education. There will be areas for physical therapy and occupational therapy (calming room), art and music rooms, and a tornado safe gym. Students will get to eat in a separate commons area where the cafeteria will be located.

When asked what his favorite part of the process has been, Maddex stated, "Seeing the progress made and sharing it with the public. There have been days that I've been that little kid out there just watching the cranes." In closing we asked what the building brings to the district, "The new addition brings all kids together at a young age as Cardinals, we will no longer have to duplicate resources, and one of the most important things to note is the opportunities this will bring. With the high school currently being separated from the elementary campuses in our district, I don't think our older Cardinals know just how influential they are in the eyes of our younger Cardinals. Now with everything set to be in one central location, we can begin to strengthen our mentoring program with the older students reaching out more to the younger students. Everyone will benefit."