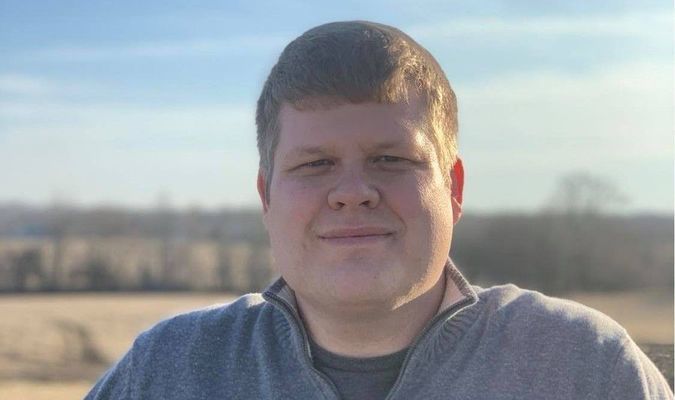 MARCELINE, MO -- The race for District 6 of the Missouri State House of Representatives has a new face, Terrence Fiala. Since September of this past year, Ed Lewis has been the lone candidate in the race for the seat that is currently held by State Representative Tim Remole. Representative Remole will be leaving the position at the end of the year due to term limits. At this moment Fiala is the lone Democrat in the race while Lewis, the lone Republican. The primary election will be held in August with the general election being held in November of this year.

"Terrence Fiala of Marceline filed this past week to run for the Missouri House in District 6. The 6th District includes parts of Randolph, Macon, and Linn counties. Fiala, a Democrat, is running to replace outgoing Republican Tim Remole, who is unable to run again due to term limits. Fiala graduated from Marceline R-V High School and later attended Moberly Area Community College in Moberly, MO and Columbia College in Columbia, MO.

Fiala currently works as a Project Research Coordinator for The Donning Company.

Previously, Fiala has been Ward 4 Committeeman for Marceline. In addition, he ran for Linn County Commissioner in 2012 and later worked at the Linn County Assessor’s office as the county’s field appraiser until 2016. After leaving the assessor’s office, Fiala took a position with Chris Koster’s 2016 campaign for Missouri Governor.

After the 2016 campaign ended, Mr. Fiala took a position in hospitality management in Boonville, MO. “Over the last couple of years, the vitriol and harmful legislation coming from our political leaders has been astonishing to me.” states Fiala. “I decided to get in the game and change the way things are done in Jefferson City.”

Last Spring, Fiala moved back home to Marceline and launched his campaign for the Missouri House. Mr. Fiala has several goals he wishes to accomplish if he has the honor of being elected to represent the 6th District. Among his priorities are fully funding public education. “I strongly believe we must fully fund public school education. I also believe education doesn’t start at kindergarten and end at high school graduation. We must fund early childhood education and allow our students to pursue higher education without saddling them in drowning debt. In addition, we need to give those who choose trade school over college just as much attention.”

Mr. Fiala also believes that every Missourian is entitled to quality affordable healthcare. “We must expand Medicaid. This should have been done years ago. Over the last couple of years over 100,000 Missourians have been kicked off Medicaid, including 60,000 children who should not have been. This is just inexcusable! I also want to prioritize voting rights. We need to expand and protect voting rights. No eligible voter should be denied their right to vote. We should be making it easier to vote, not putting up barriers”.

“I also believe we have to come together as citizens of Missouri. We can’t keep up this never ending fight of us versus them. There will be policy disagreements and strong arguments, but whenever we keep getting down in the mud we only hurt the people we were sent to represent. One of the main objectives I hope to achieve in this campaign and beyond is bringing people together. It’s been said many times before, but there truly is more that binds us than separates us. My campaign is for everyone from every political stripe. I hope to bring everyone in and leave no one behind.”