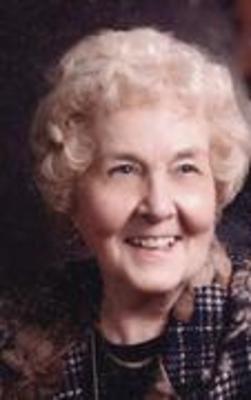 Shirley worked for the La Plata Telephone Company. One of her jobs was creating telephone numbers for La Plata, Gifford, and Elmer when the phone network changed from operators to direct dial. Later she worked for Sealtest Distributors and Moore Realty, and with her husband, owned the Palace Café. She was a substitute teacher for Macon County R-II Schools for over 40 years.

Dedicated to community service, Shirley was a former member of Atalpal Club (Federated Women’s Clubs), helped found the La Plata Alumni Association, was an active music volunteer for La Plata schools and churches, was long-term treasurer of the La Plata Cemetery Association, worked with the American Lung Association, and the Royal Neighbors of America. She enjoyed membership in the Friends of La Plata Preservation, the Reynolds Martin American Legion Auxiliary where she was a past president, and The Shrine and Scottish Rite organizations with her husband. She was an enthusiastic volunteer with many local youth groups, from church and choirs, to the Scouts.

A faithful member of La Plata Community Presbyterian Church for over 75 years, she was an ordained Elder serving on the Session, as a Trustee, and for many years was Treasurer. She taught Sunday School, was active in the Presbyterian Women Association, Circles and prayer groups, and directed children’s choirs. Shirley enjoyed participating in the choir of Community Presbyterian, and was substitute organist. As an organist and pianist she provided music for religious services, funerals and programs throughout the area.

She was preceded in death by her husband of 67 years, Merl; brother and wife, Ronald B. and Jeanine Grear; brother, Wilsey Gene Grear, and nephews, Wilsey G. Grear, Jr. , and Michael B. Grear.

Shirley will be remembered by friends and neighbors for her community service; her love of the piano, singing, and music; her delight in gardening, growing flowers and playing bridge; and for her many charitable, community, and church donations, usually given anonymously. She will also be remembered as one who loved and took great joy in her family, as it changed and grew through the years.

A reception following the service and burial will be held in Fellowship Hall of Community Presbyterian Church, hosted by her immediate family.

Memorial gifts in her name for the La Plata Public Library or Community Presbyterian Church, may be left at or mailed to Travis Funeral Chapel, 125 S. Church St., La Plata, MO 63549.